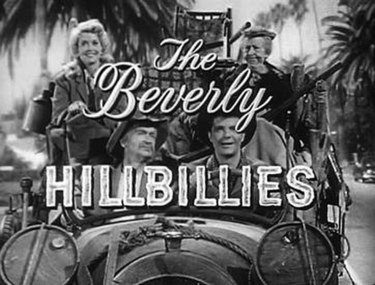 The series is about a poor backwoods family transplanted to Beverly Hills, California, after striking oil on their land. A Filmways production created by writer Paul Henning, it is the first in a genre of "fish out of water" television shows, and was followed by other Henning-inspired country-cousin series on CBS. In 1963, Henning introduced Petticoat Junction, and in 1965 he reversed the rags-to-riches model for Green Acres. Panned by many entertainment critics in its time,[who?][citation needed] it quickly became a huge ratings success for most of its nine-year run on CBS.

The Beverly Hillbillies ranked among the top twenty most watched programs on television for eight of its nine seasons, twice ranking as the number one series of the year, with a number of episodes that remain among the most watched television episodes of all time.[1] It accumulated seven Emmy nominations during its run.

Articles, reviews, advice, and legitimate research to go along with some back-handed comments. Think of us as Jacksonville's mother-in-law.